Financial planning has traditionally been a male-dominated business, but the industry is starting to show its feminine side.  Read On

My ten year old asked me, “what is superannuation?” I explained that it was putting part of your salary into savings for your retirement…..Read On

Frequent flyer points aren’t to be scoffed at but avoid unnecessary spending for the sake of earning more…..Read On

A collection of financial service businesses have been working with CRMNow to develop a survey that offers the Australian financial services & wealth management industry an amazing opportunity to work together & learn about Australianconsumers…..Read On

Life insurance commissions have been in existence for hundreds of years, ever since the product was invented on the back of general insurance policies which became common in the late 1600s……Read On

The ability to communicate with clients remains a key differentiator for financial planners, but fee structuring is the discussion advisers should really be having…..Read On

Financial Planning expert and FPA Member Anna-Louise Brown writes: When you first entered Australia you were most likely given a “Special Category Visa”…..Read On

The buck stops where?….Read On

If only people paid as much attention to optimising their tax position as they do to worrying about a drop in the value of their investments!…Read On 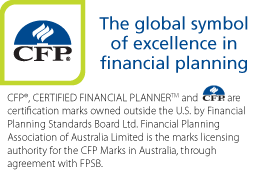